Microgeneration: Alternative Energy in the Home

If you are wanting to generate your own energy at home and are thinking of removing your home from the established power grid, it is possible in theory and even practical in some cases. What it’s not is a simple matter of 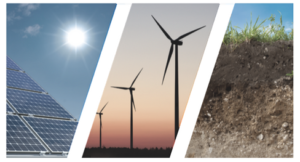 sticking a windmill on your roof, cutting the cord and living happily ever after without energy bills. After all, renewable, home-brew style energy generation has been around in various guises for decades, so it follows that if it was easy as 1-2-3 millions of people would have done it. Still, as we said, it is possible and sometimes even the preferred way of providing for your energy needs. Here are a few of the major reasons people decide to disconnect from the grid.

Ways to Generate Your Own Power

You may want to consider a hybrid system where you generate some power from a home generation device and then augment that with a limited amount of power from the grid. Staying attached to the grid can have advantages should problems arise with your home generation scheme.

That said let’s look at some of the most dependable ways to generate power at home.

Before making hard and fast plans to install a wind turbine you need to poll local officials and find out if it’s even allowed. In some cases you’ll be able to proceed without official permission. In other cases though you’ll need to apply to your local planning authority, meaning there’s a chance you could be turned down. Let’s say there are no obstacles to your installing a wind turbine on your property. Where do you begin?

Once you’ve addressed those matters you’ll need to learn how to install such a device or find a qualified contractor to do the same. Even if you opt for the contractor it’s still in your interest to learn as much as you can about the process to avoid getting ripped-off.

Whereas in the 80s solar units were typically bulky and generated only relatively small amounts of energy today’s solar panels are marvels of efficiency that can be installed on your roof with minimum disruption to your home’s normal operations. In a best case scenario a solar array may provide up to 50% of your average electricity needs.

Before you schedule solar panels to be installed however you’ll want to consider the following factors:

Hydro electricity has been a popular way to generate energy since the dawn of the electric age. It’s easy to do, clean and infinitely sustainable. In recent years a movement has taken hold to create tiny hydroelectric plants in streams on private property and that movement has taken the name “MicroHydro”. The advantage hydro has over solar or wind is that, barring drought, the water flows 24 hours a day 7 days a week. There is no real disadvantage to MicroHydro. The only downside is that not many people have an appropriately sized stream on their property flowing at the right angle.

Here’s the minimum of what you’d need to implement a MicroHydro system:

As with most types of construction you’ll need to determine whether the local government will require you to apply for permits or some sort of special allowances for the system.

The most important thing is to consider all the potential ramifications of going off-grid before you decide to make the leap. Even if you are considering a partial disconnect where you generate some of your own electricity you still need to consider the impact to your home and/or property, maintenance costs and what happens if the system should suffer a catastrophic failure; say after a violent storm.

To learn more about alternative energy sources and how to make them work for you peruse the diverse-energy.com website and feel free to contact us with any questions.